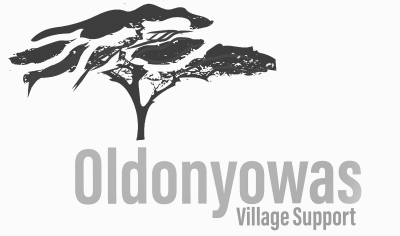 The initiator of the association Landsby til Landsby - Village to Village – Kijiji wa Kijiji is called Jesper Land Gregersen. He was originally trained as a toolmaker at Grundfos in Bjerringbro, Denmark back in the 70s. Two years after his apprenticeship, he wanted to travel abroad, which led him to Tanzania to work as a danish volunteer.

In the years 1978-82 he was employed as a technical school teacher in the coastal town of Tanga and in the period 1991-98 as a volunteer in the village of Oldonyowas at Arusha in northern Tanzania. Jesper was later trained as a skilled forest worker, and the job in Oldonyowas was about vegetable cultivation, tree nursery, village development in general, but Jesper’s main task became to look into the serious problems with the village's water supply, which he acknowledged that the village would have very difficult to solve without massive outside help.

That is why Jesper, together with the village council, took the initiative to improve the village water supply, which he has continued to do independently in close cooperation with the village, the village council and several development organizations ever since he stopped as a volunteer. The funding for the projects has been supported by, among others, Rotary, Grundfos and a number of private companies and individuals.

Oldonyowas is situated at an altitude of 1800 meters on the side of Mount Meru, which is Tanzania's second largest mountain, and next door to the far more famous mountain, Kilimanjaro, which rises approx. 80 kilometres to the east. The village is located on the road between Arusha and the big city of Nairobi in Kenya. Arusha is the area's central city, approx. 35 km. from Oldonyowas.

As mentioned, the collaboration between Oldonyowas and Jesper started with a water project in 1991 where the task was to find clean drinking water for the village. As with many other volcanoes, the content of fluorine in the water is too high and thus very unhealthy. The drinking water contained up to 30mg / l fluorine, with WHO's recommendation not exceeding 0.5mg / l fluoride.

Excessive levels of fluoride break down the calcium in the body and cause severe disabilities by the people who drink the water. Several are born with deformed bones and it lasts a lifetime and develops more and more as the years go by. The older residents of Oldonyowas in particular, have a lot of visible evidence of the detrimental effect of the high fluorine content, resulting in a deteriorating quality of life.

Because the drinking water project succeeded after a huge joint effort by the villagers who dug many kilometers of ditches for the water pipes, the village today is supplied with clean and healthy water. The project plays the leading role in the good story of how the village's economy and general living standards have increased significantly over the last 30 years. At the same time, the villagers have gained the important experience that they themselves are responsible for there own destiny and must make a joint effort to maintain the drinking water system.

At the same time, clean drinking water has meant that children who have grown up since the completion of the drinking water project have developed normally, can play soccer and, be more active than before. This water system is for drinking only.

Since then, the village second water supply, the Domestic and Irrigation System, has been renovated. This watersystem is a prerequisite for the village farmers to grow their crops, water their animals, washing clothes and personal hygiene. This project was done in cooperation with Jesper Land Gregersen, Rotary International and a good number of individual people and companies of Denmark and all the good people of Oldonyowas in 2017. It was a huge project that took 5 months to complete, but it means that Oldonyowas now has two individual working water supplies that are fully operational. The Domestic water Systems must be in the best condition because it means that the people of Oldonyowas can irrigate crops in their fields which is absolutely crucial to their economy.

Oldonyowas is an active community, where there is a conscious will for development. The Village Council works every day actively to improve the living conditions of everyone in the village. The village population is also very active in developing the community, including introducing better cultivation methods, maintaining the two water systems, building a health clinic and most recently establishing a Secondary School. This allows children from the village to educate themselves and thus create a basis for better living conditions and the development of the village. Village to Village – Kijiji wa Kijiji are very active in finding solutions so that the Secondary School can develop into an perfect learning institution where a good environment is created for both pupils and teachers. This will form the basis for attracting good teachers and pupils so that, even though the school is located in the countryside, there is an opportunity to receive a good education which may later benefit the village.

The association was founded in 2020 by Jesper Land Gregersen, and it does not rest on a political or religious basis.